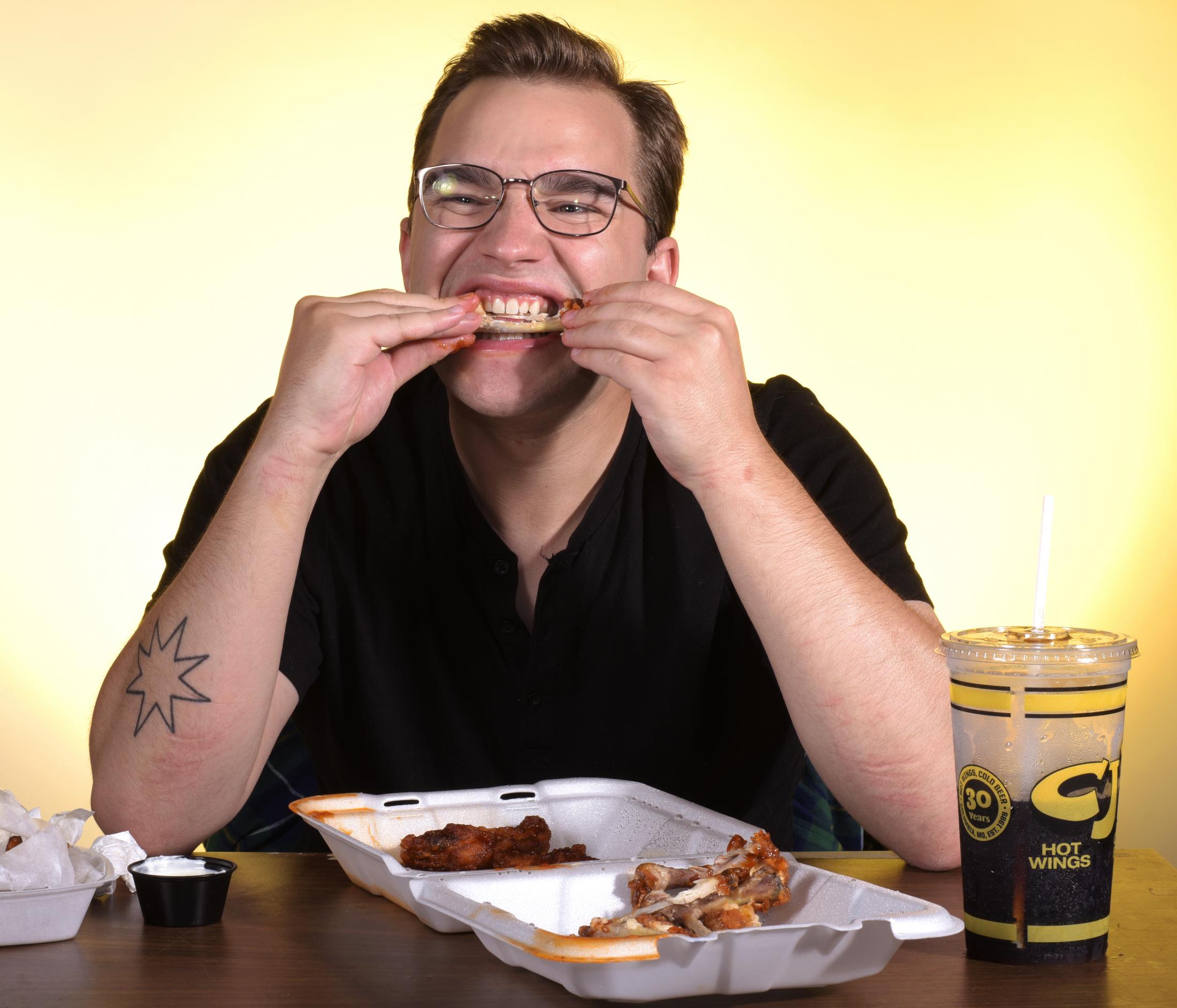 Adam Cole loves CJ’s barbecue sauce wing. Cole has tried chicken from many places in Columbia, however he has never had wings with the same amount of sauce and crunchiness as these have, a perfect seasoning he says. 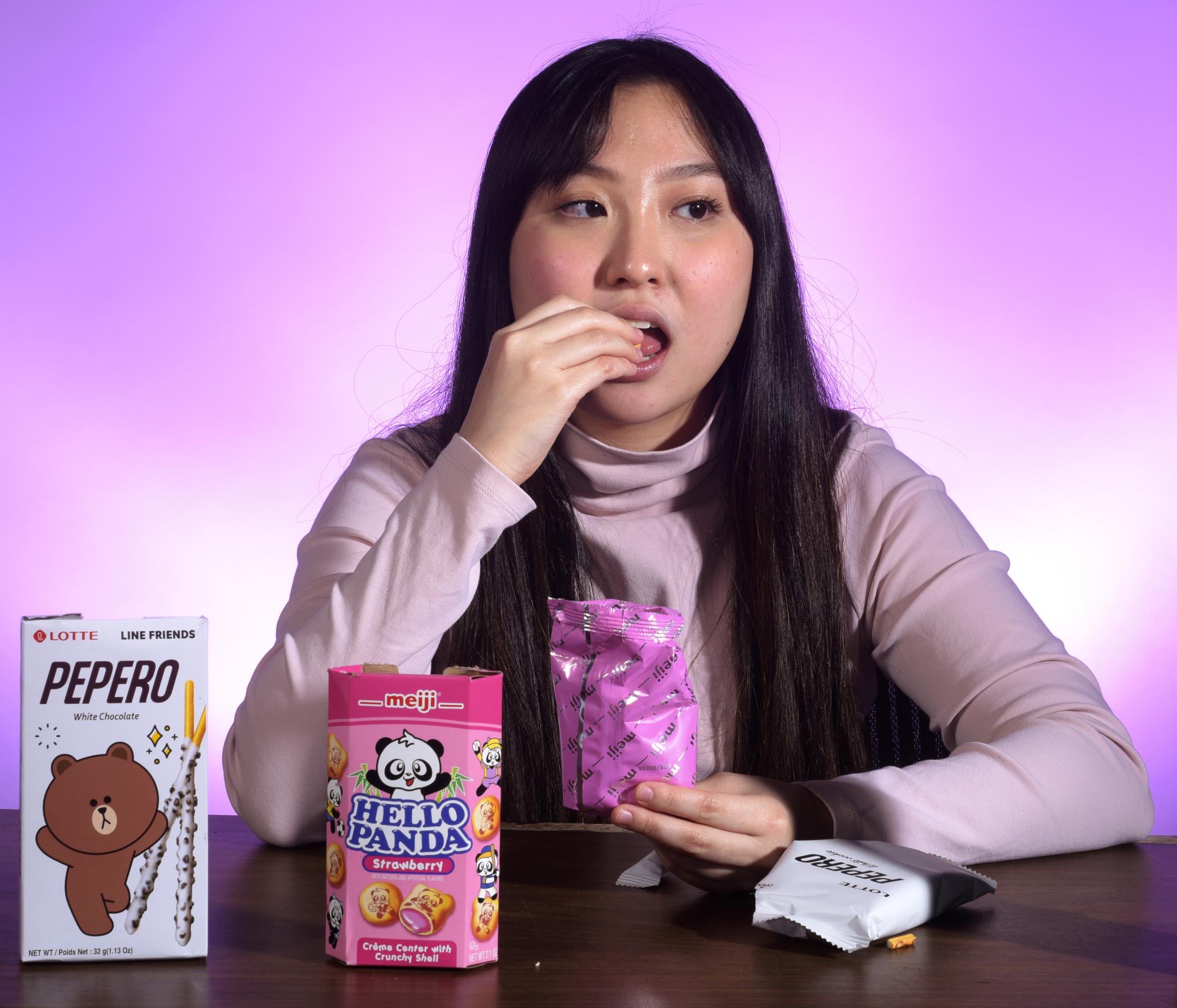 Snacks from Lee’s Market give nostalgia to Ana Hosomi. When she was younger, Hosomi and her family would drive from her hometown, Limeira in the sate of Sao Paulo, Brazil, to the state capital with the same name. They would go to a traditional neighborhood called Liberdade, where the biggest Japanese community in Brazil resides, and buy these kinds of Japanese sweets to take home. 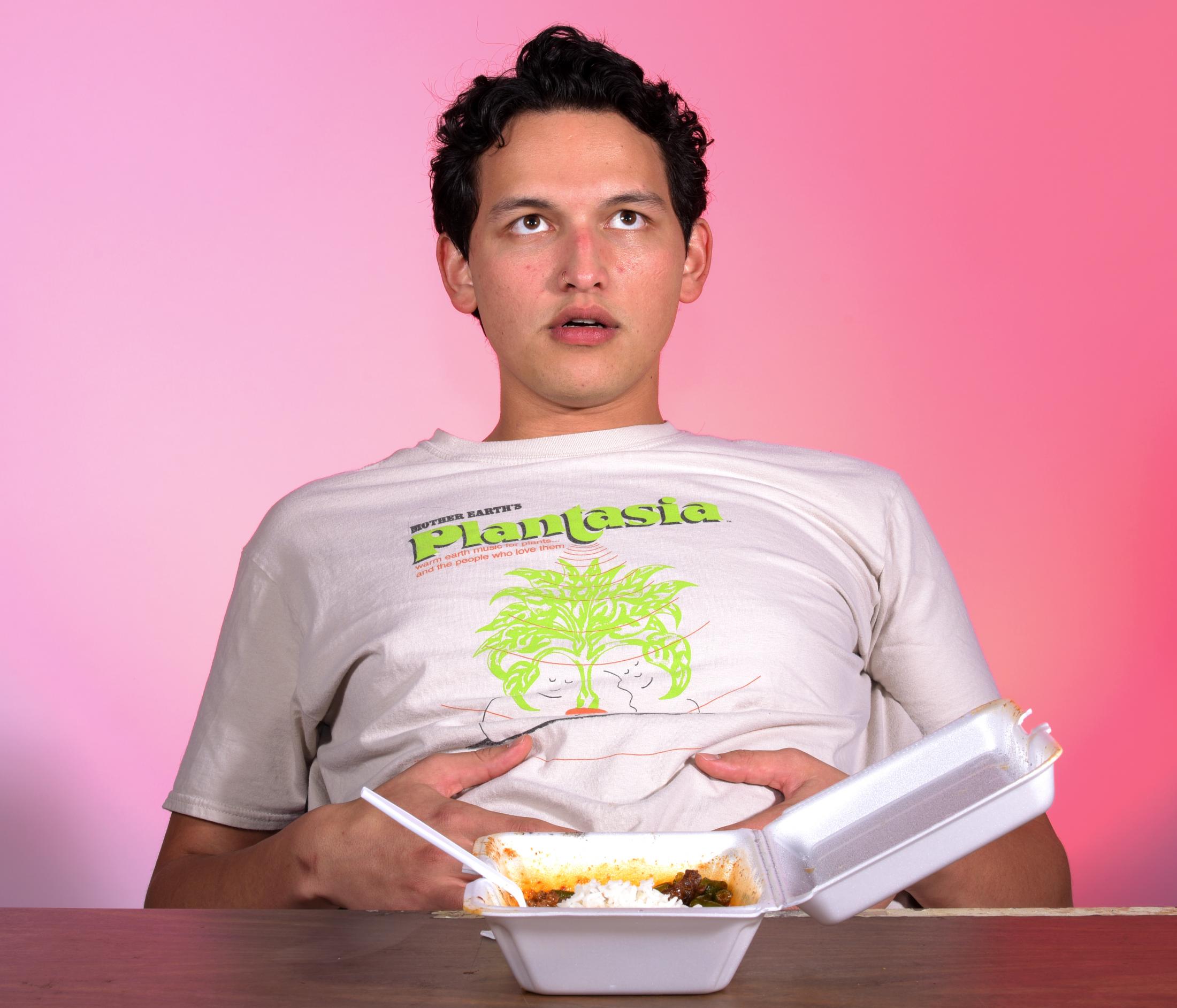 Every time Adam Jackson eats penang curry from Chims Thai Kitchen he gets full before finishing. “Sometimes I feel homesick. This is probably the closest I can get to Indonesian rendang (curry) without bothering my family to ship me ingredients,” Jackson said. “I’d feel confidant putting mine up against any other.” 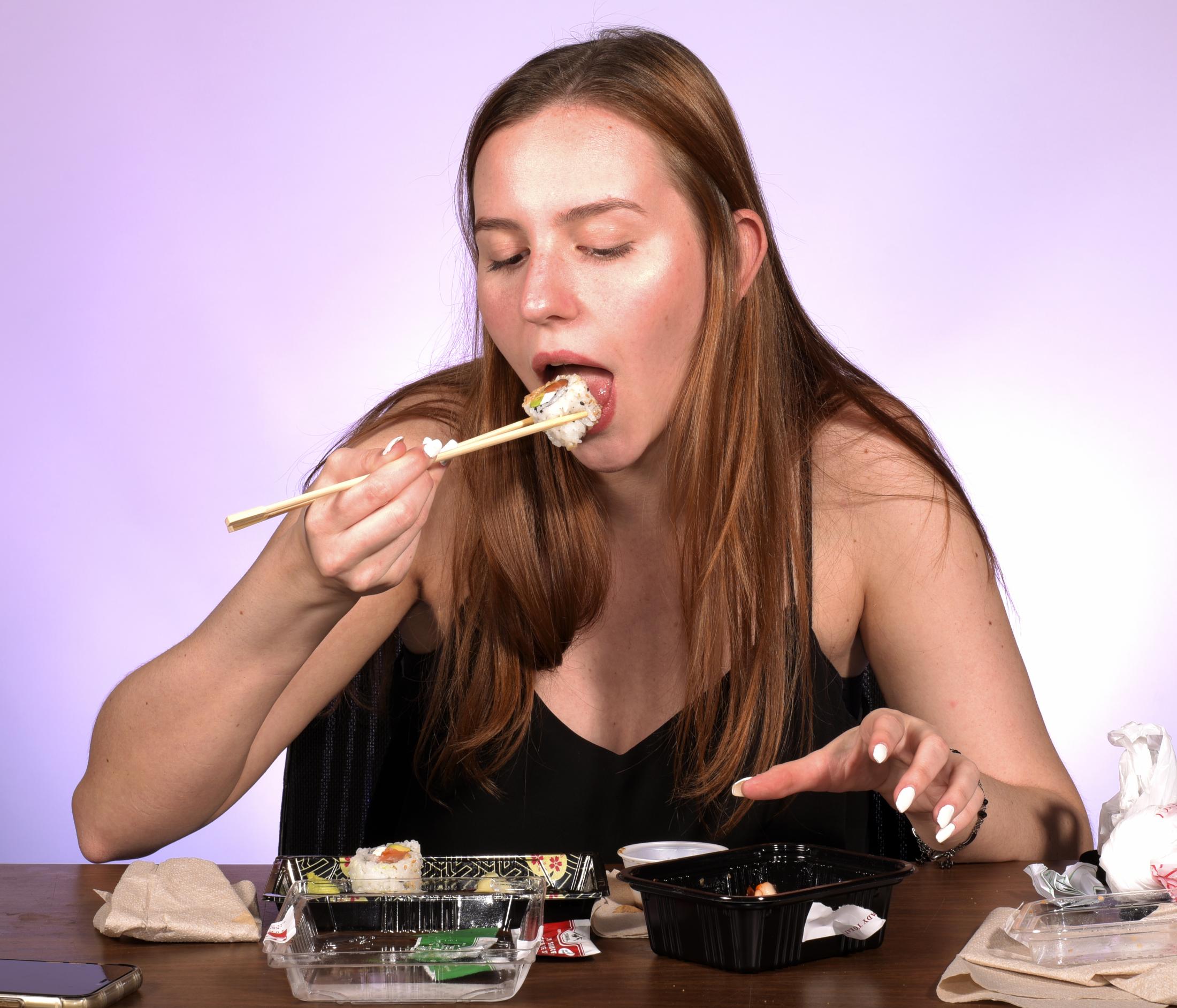 Karen Kunzel says that Sunshine Sushi makes her remember going out for Japanese food with her family. The place at the University of Missouri student center has her favorite salmon and avocado sushi, which for her is quick to pick up before going to work. 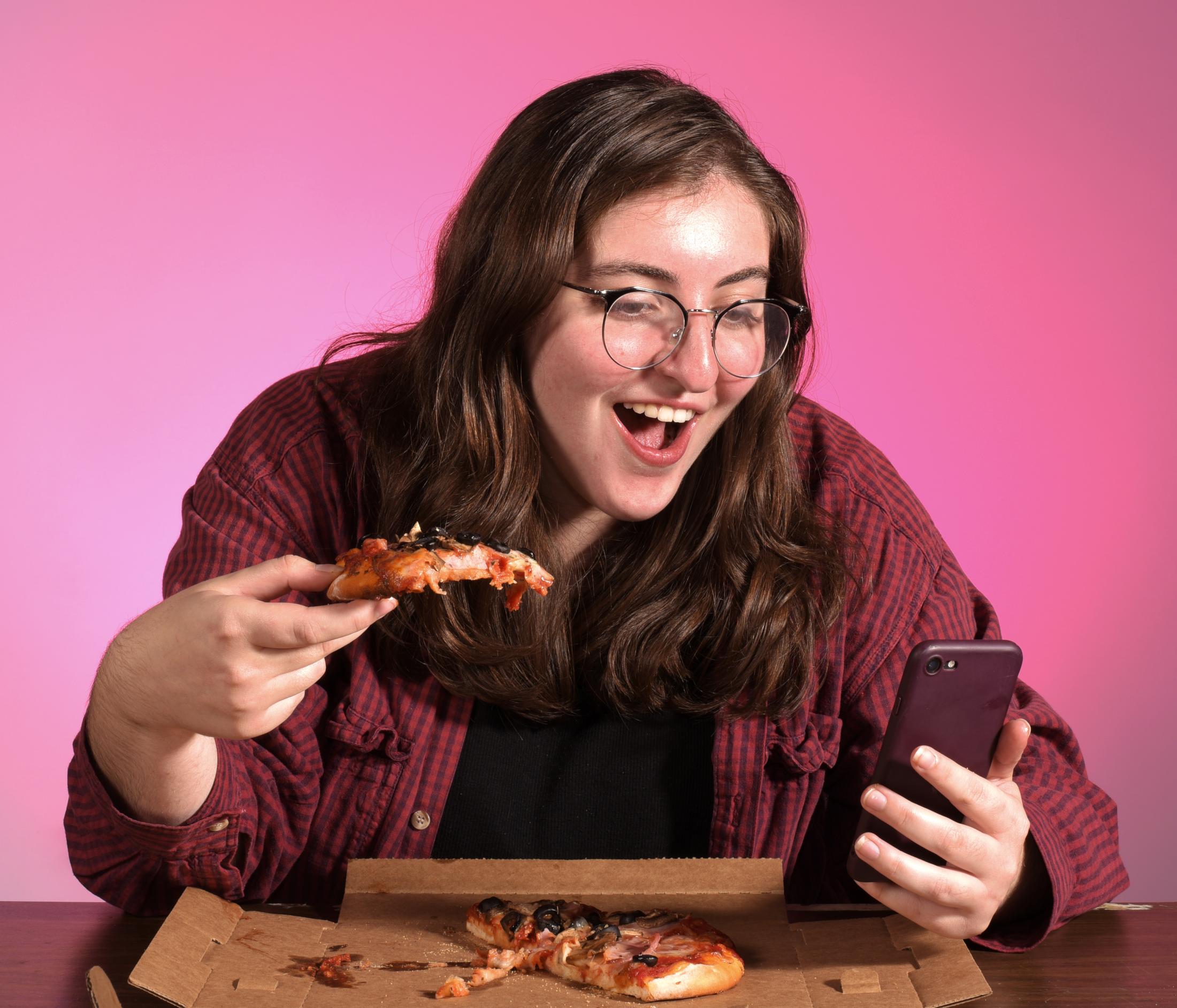 The first pizza place Mariana Labbate went with her first college friends was Shakespeare’s. Labbate, a stranger to the city and the University of Missouri, was advised to go the restaurant while attending an event of the International Welcome week. Nowadays, every time she goes to Shakespeare’s she remembers her first week in Missouri.

Going to college is a big step in the life of a teenager. Having to make new friends, roommates, professors, starting classes, finding a job and all those rapid changes that freshmen have. However, the biggest adaptation students are demanded is the food. Most people in their first year at the University of Missouri have most of their meals at the dining halls where the variety of food is not great. The hunt for the best restaurants in Columbia starts after your first months at school, where you can get that nostalgic, idyllic, traditional and tasteful meals. Searching for something that gives you pleasures that you had before is what everyone wants. The diversity of restaurants and fast foods in Columbia are able to give those idyllic meals.

My project on idyllic food in Columbia became more of a personal essay. I decided to use University of Missouri students so I can show my hunt for the idyllic meals in Columbia, Missouri. Food has always been part of my life, since I was a kid cooking or going out to eat is an especial occasion. On the technical side I think I did really well, my focus was to get high key lighting in the studio so that the food and the faces could shine. On the postproduction, I really wanted contrast and saturation in photos, which I did go a little high with these two. I chose to crop the photos 7x6 because I wanted to the viewer to focus on the actions done by the subjects and the food. One thing I was not happy about with this project is the diversity of subjects, I tried to contact a huge group of people, but the times didn’t match, and I ended hup having more diversity of food. Overall, I was happy with only three of the five pictures chosen, I felt that if I had more time, I could do something better. I love working in the studio and this project helped me a lot with the necessary skills for it. I think I was able to reach the theme of Columbia Idyllic foods with the technical side, however I didn’t have a good variety of subjects.