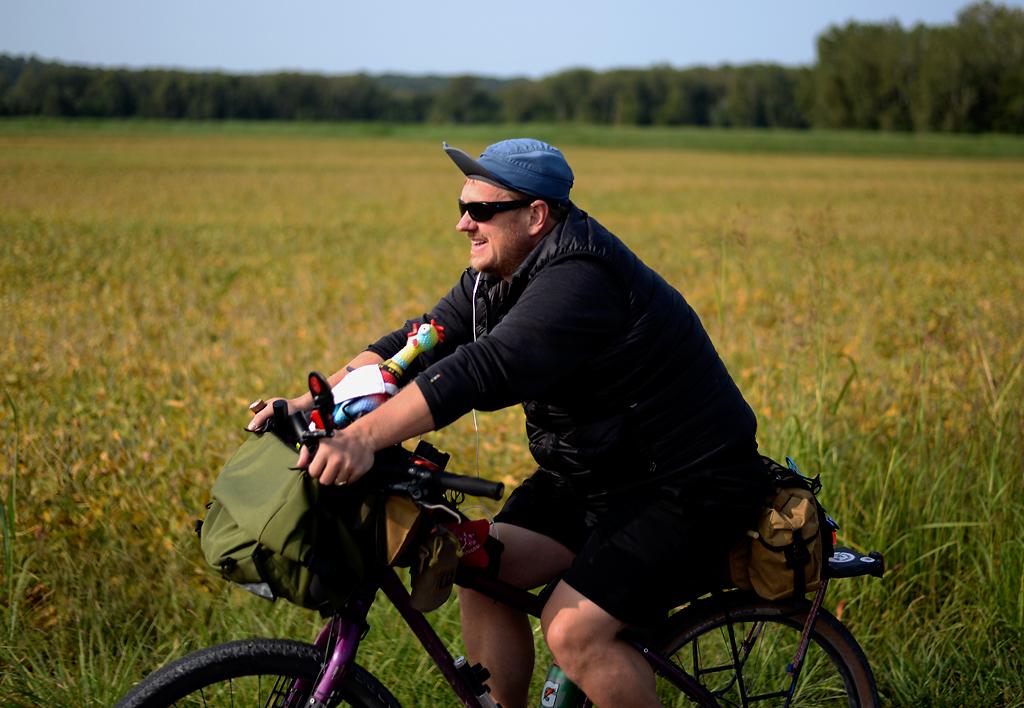 Since the COVID-19 pandemic started, nursing homes and hospices have been closed for public visiting. This situation was not different for Jerry Bruggeman, a family doctor, who has his work focused on these places. Nowadays, when he is working, he spends his time in the office doing telemedicine via Zoom, having meetings with the senior care administration and going through emails, a huge change for a doctor. Bruggeman always had the passion for biking as well, and since the pandemic has made his work more difficult, riding has become kind of a relief valve from his stressful work. Several days of the week, when he is done with work at the office, he goes for long rides of almost 50 miles, and according to Bruggeman this helps him a lot not only with fitness but mainly mentally. Since he doesn’t like to race, bike packing and touring tuned out to be a passion, and he has plans to ride to Kansas with his friend Brad Beand ride the entire Katy Trail, since his work has become all online and he doesn’t have any problem with taking a call while up on the bike.

I think that my work for this assignment was good. It wasn’t something worth of a POY award, but I think I was able to show my subject’s personality and represent how he feels about what he does. I did my shoot in two days, and my first day was boring since it was just him working inside of his office, I knew I had to be creative to show that in an interesting way. However, my second day was insane. I love biking and I would do that almost every day but biking and photographing got me really tired. Throughout the ride, I was always trying to go the faster so I could stop at a good spot, take my camera out of my backpack and shoot some frames while he was coming at my direction, then grab everything and bike until I reached him again, I did this like 5 times, and in the end rode like 30 miles, 2 more than I regularly do on the same route, so it was not that bad but made me tired. Two things that I think should have done better are more creative shots and a variation of lenses, mainly wide ones. I feel like I missed a good low angle shot of him biking, with maybe a 14mm or a 16 mm, I think that would have helped a lot with the contrast between office and outside biking. Overall, I think I’ve done a good job and can’t wait to show some of the photos to my subject.
Sep 23, 2020